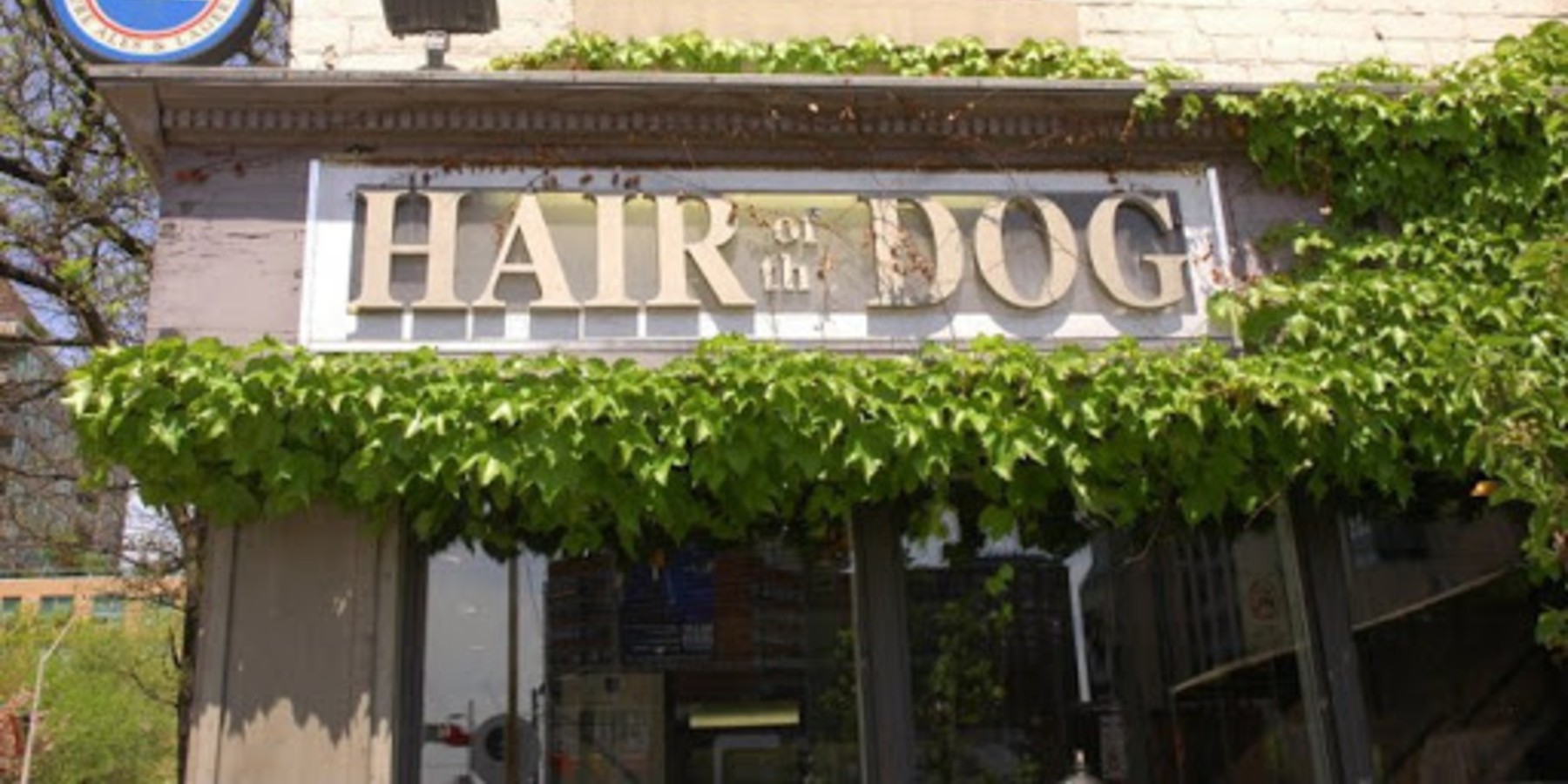 “Home is not where you live but where they understand you.” –Christian Morgenstern

Hair of the Dog is an upscale neighbourhood pub and restaurant on Church Street, across from the old Maple Leaf Gardens. A local institution with a rich history, Hair of the Dog has been voted one of the best patios in the city and best pub downtown in numerous publications. It’s a downtown hot spot and a great place for dinner and drinks before dancing or brunch on the weekends. The food is amazing, the portions are generous, and the attention to quality and consistency means your meal is always DELICIOUS.

HISTORY
In November of 1954, LeBaron Steakhouse was opened by owner Frank Kiss and designer Jouke Van Sloten. The landlord Mr. Sprott, charged a whopping $140 per month for all three floors. LeBaron, an immediate success, drew its crowd from the CBC studios nearby and, of course, from Maple Leaf Gardens, home to the Toronto Maple Leafs hockey team.

In 1960, the city of Toronto and the Toronto school board tried to expropriate 425 Church Street for a proposed school. Luckily, they were unsuccessful and to this day, the building remains backed on two sides by Church Street Elementary. Change is inevitable and after 40 years of providing quality food and excellent service, the owners of LeBaron closed the restaurant doors shortly after the closing of the Gardens.

Keir MacRae and Michael Schwarz conceived the idea for Hair of the Dog and purchased the building and business. And, 40 years after designing the old Lebaron, designer Jouke Van Sloten, at the age of 80, was called back to update his original design, which evolved into the restaurant you see today.

Located on the southern fringes of the gay village, Hair of the Dog caters to a mixed clientele, reflecting the diversity of the neighbourhood.